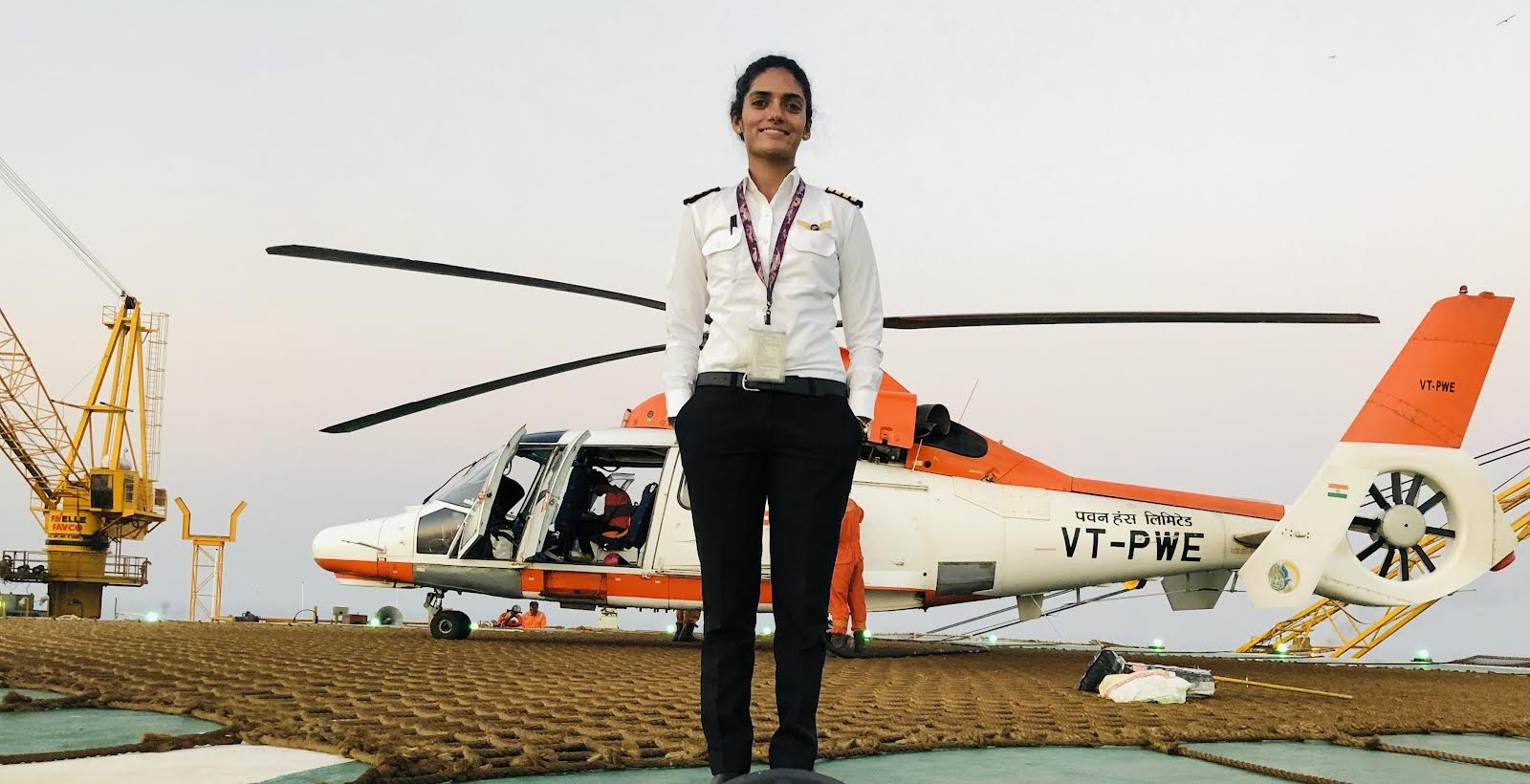 On International Women’s Day 2022, Captain Mayuri DESHMUKH became the first woman to be commanding an offshore flight to the oil rigs in Mumbai High. Today, she is the only female helicopter pilot flying in the offshore sector in India.

Mayuri lives in Pune, Maharashtra, a place near Mumbai, India. The city of Pune has rich a legacy in education. The city has also connection with theatre, music, arts and literature, inspiring individuals to go beyond the conventional way of thinking.

Join us when we meet Mayuri, a charming and inspiring woman!

How did you fall in love with aviation?

“I found my inspiration to fly at home. I used to watch my father, who is now a retired Indian Air Force Pilot, putting on his uniform and getting ready for another flight.

Our family used to be posted at Air Force stations where runways were close to our residence. I used to accompany him to the runway and see him fly away. Seeing and hearing aircraft takeoff and land every day, made me dream of flying myself stronger and stronger.”

Is it difficult to become a pilot in India?

“Like any other country, there are two aspects to becoming a pilot in terms of training – one is the theoretical part and second is practical flying part.

The syllabus laid down for written examinations is quite exhaustive, it requires a lot of dedication and hard work. Unfortunately, there is currently no training school for civil helicopter flying in India. So, there is no other choice than going abroad to complete our training. I myself went to West Palm Beach, Florida back in 2007, where I had a great training experience. Once back in India, I cleared all my written papers and submitted my license for conversion to the DGCA, the Indian aviation authorities.

With the world opening up in terms of travel and banking, it is not as difficult as it was maybe two decades ago. The fascination towards flying as a career is increasing in our country, so the process is now quite streamlined. Though, the induction for becoming a helicopter pilot is significantly less compared to fixed wing.” 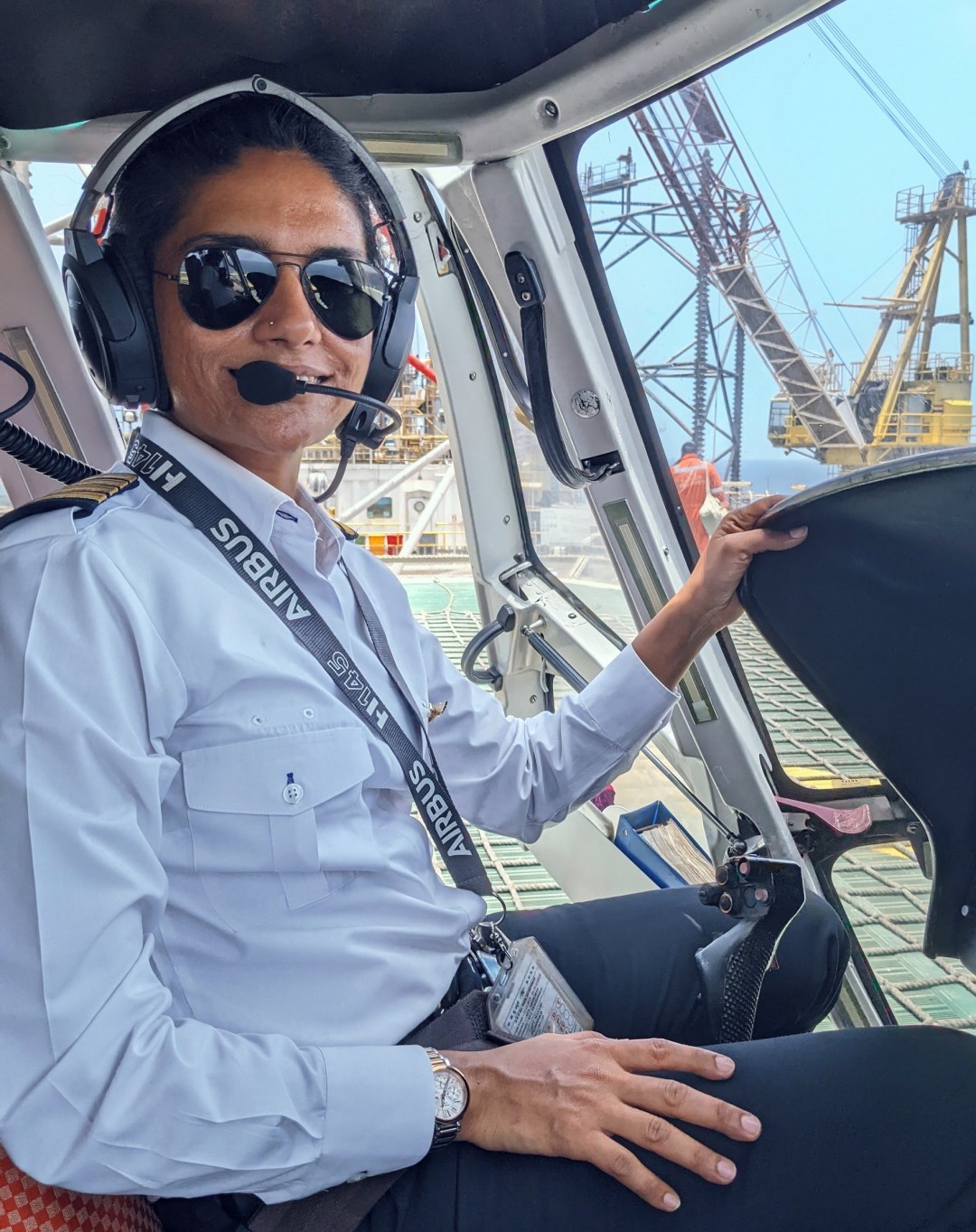 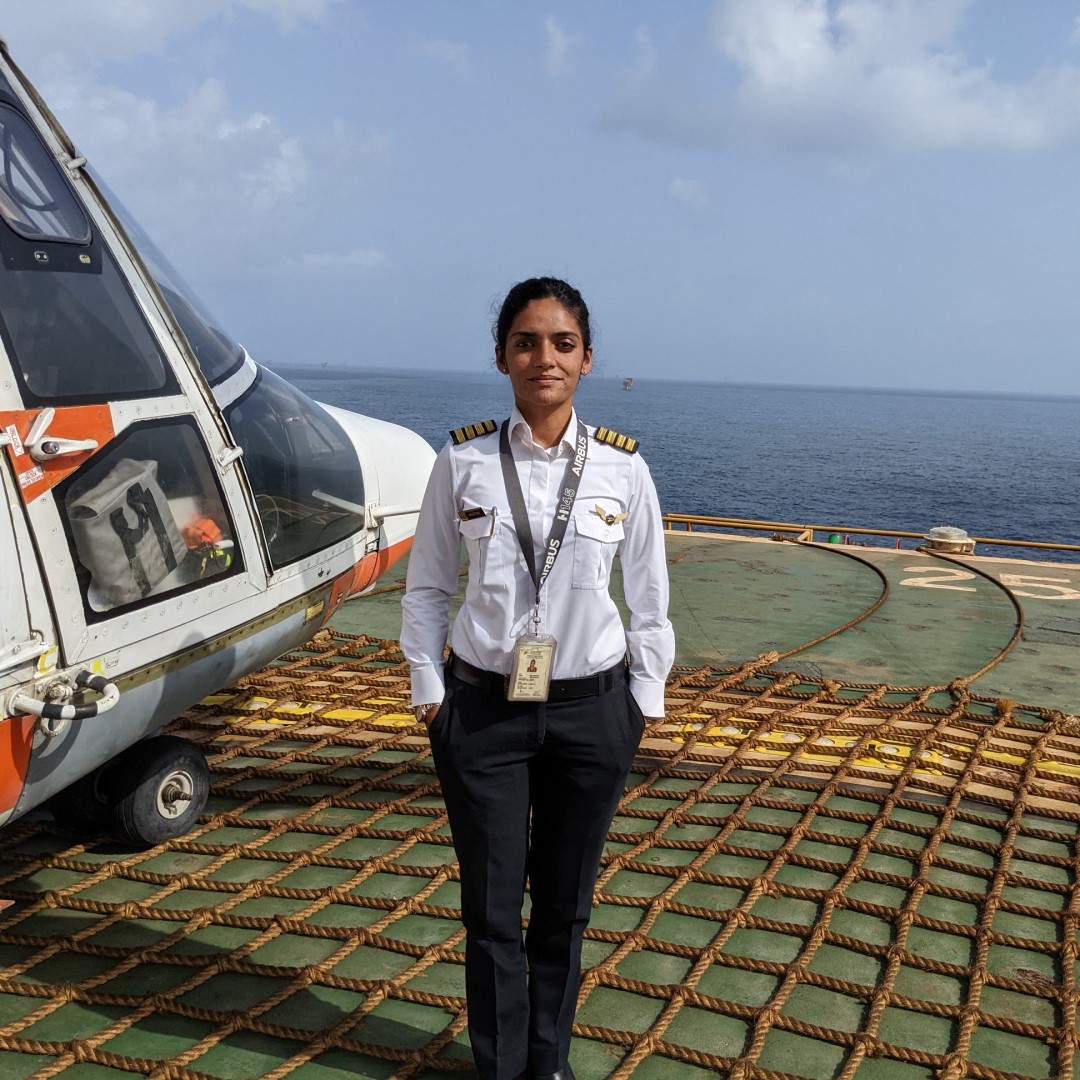 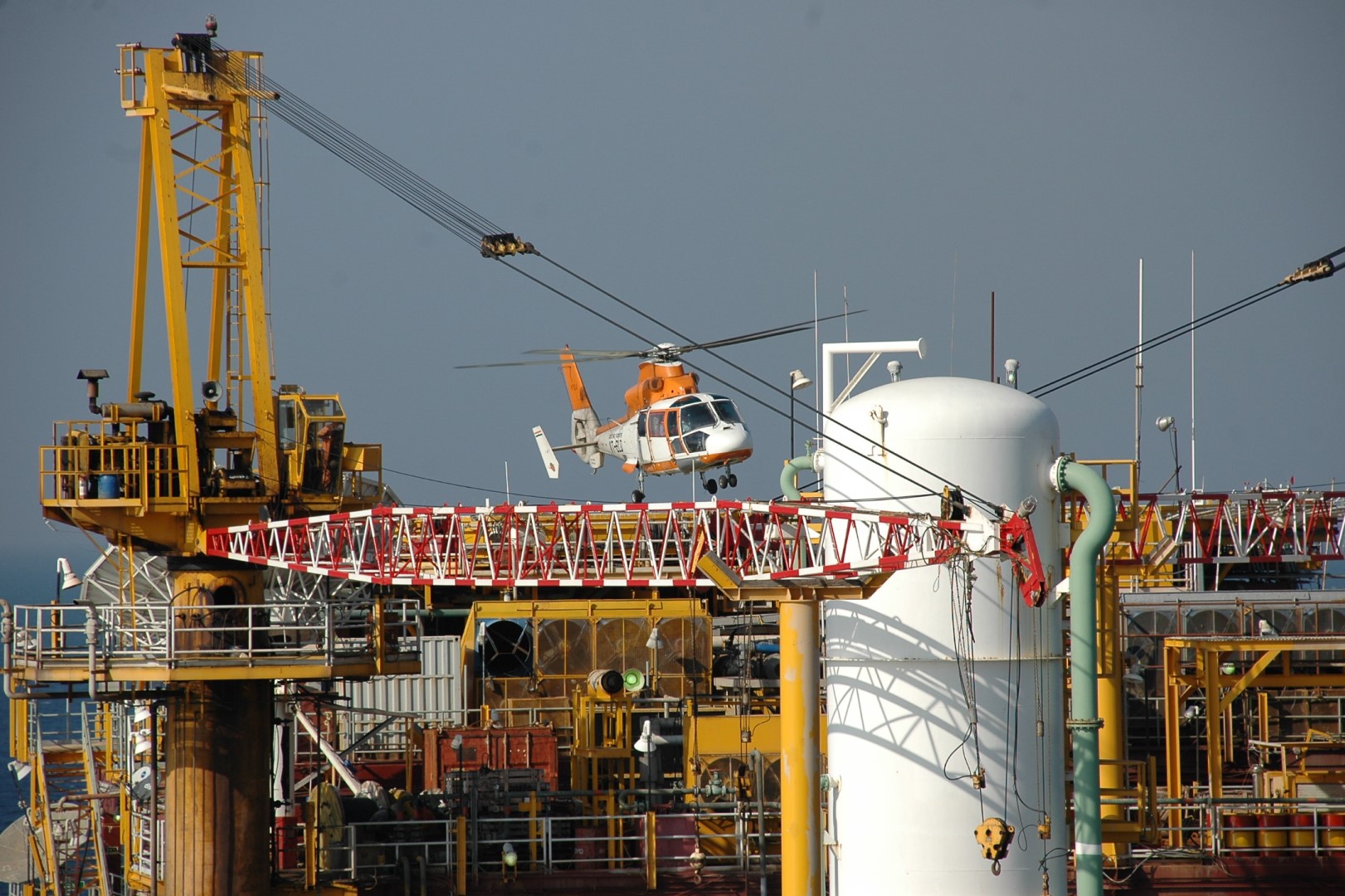 Why helicopters instead of fixed wing?

“I was always fascinated by helicopters. I found the flying challenging and the profiles seemed to be adventurous. It’s a complex machine and despite of the automation now, there’s quite a significant element of manual flying and monitoring.

I had already seen the life of a helicopter pilot through my dad, which probably lured me to choose this stream myself. Personally I like going to smaller places, remote locations and “explore the unexplored”.

Flying offshore has been one of the most rewarding experiences for me in terms of hands-on flying. We do 30 to 40 oil rig landings almost every day, and none of these is the same! There are so many variables, such as weather, wind, temperature, obstructions, deck size, and All Up Weight (AUW).”

Did you face obstructions to become a female captain?

“Well, the initial part to become a pilot was the easier part, I would say. Handling an aircraft requires human skills, so it doesn’t really matter whether the pilot is male or female.

The real struggle as a female pilot starts when one has to find a job. There were reservations in the mind of employers of several helicopter companies. Helicopter flying is all about reaching a place where the mainstream of transport modes (airplane, train, boat) cannot get. Most of the areas where we fly are remote and often difficult places. It was quite tricky to convince employers that I can manage the challenges. I was fortunate to convince some employers to hire me, irrespective of gender.

Becoming a female captain in both onshore and offshore was not biased. I guess the India’s helicopter industry has evolved quite well, knowing that most of the pilots flying are ex air force guys. Some of them hold on to their personal opinions on the role of females in aviation and whether a woman should be a pilot. Such discussions pop-up in the cockpit once in a while. Fortunately this is rather an exception, and I tend to ignore their vision. When I go to small places people are in awe of seeing a female pilot. It can be a little rewarding at the end of the day.” 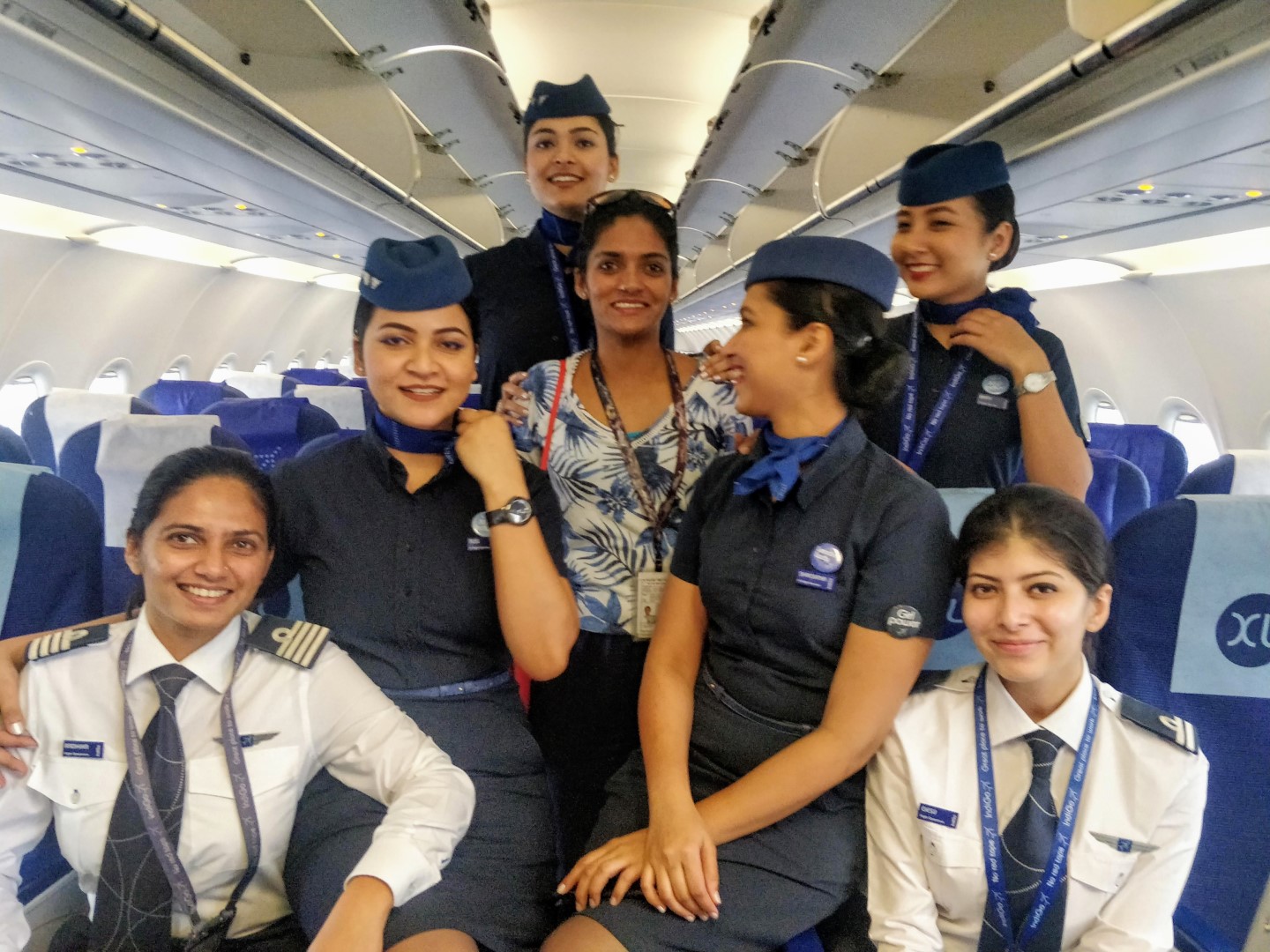 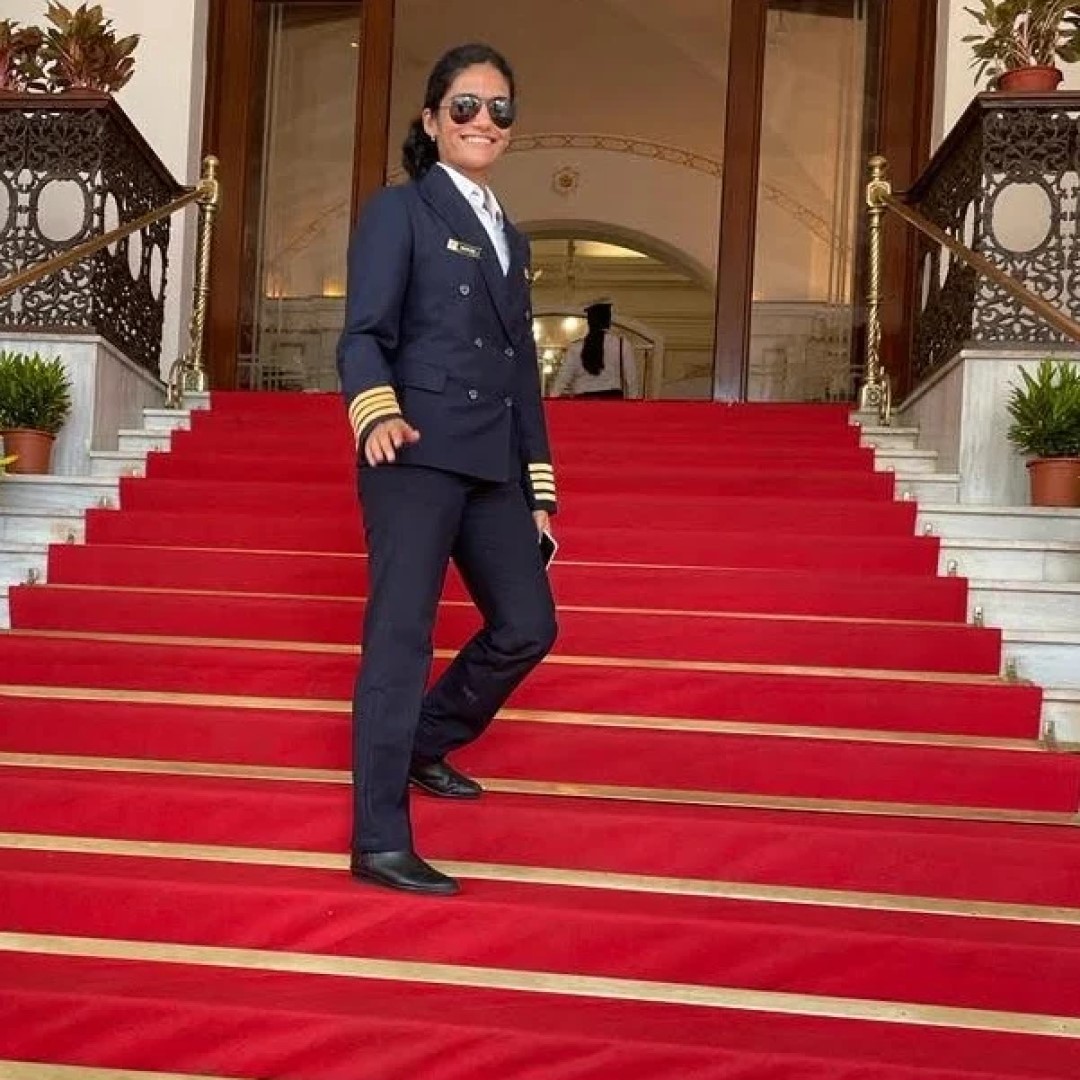 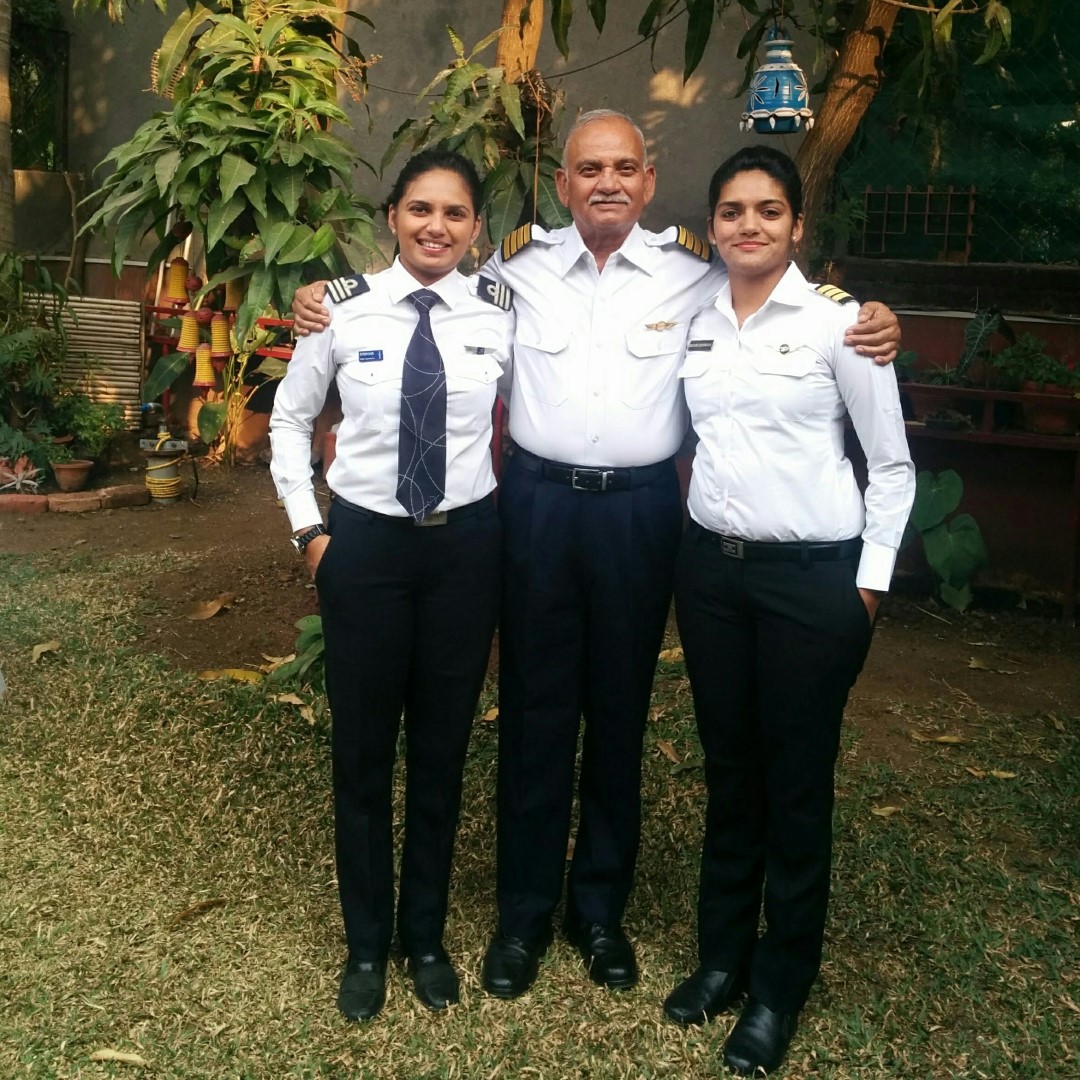 Can you combine the job with a family life?

“As is in any profession in today’s world, balancing personal life with a career is more about striking the balance at a personal level. Since my job today is all about flying into lesser accessible areas, I’m on the move and away from main cities. In return I am able to create that extra space and time for family. So yes, it can be a little challenging but one can always work a way around it.

But being honest, a true aviator knows that the passion to fly is unrelenting. We are proud to have three pilots in the family. My sister is a captain on Airbus 320 series with Indigo Airlines, a leading airline in India. All too often our discussions at the table are about aviation. Fortunately there is mother, caring homemaker, to put our feet back on the ground.”

Would you encourage the younger to do this job?

“Certainly! Come explore the beautiful and adventurous world of flying helicopters! There is such a wide range of operations. Sometimes you fly the hills, sometimes the sea, sometimes recces, tourist flying, oil pipelines surveys, corporate and VIP flying, election flying and more. So the roles are multifarious. It’s a challenging job but the rewards make it all worthy!”

Where do you see yourself in ten years?

“There’s a lot of a grey area in helicopter flying. The rules and systems are not as well laid out as they are in scheduled fixed-wing operations, mainly because of the non-scheduled nature of rotor flying. I would want to significantly contribute towards making helicopters grow as a different means of transportation. It is presently stuck with being treated like fixed-wing operations and thereby not being utilized to its full capacity.

In whatever ways I can, I would definitely try to bring a change in the way we operate helicopters.”

Blog Author / About Author
We welcome pilots and flight attendants to share their story with CrewLounge AERO. Do you like to share your story with thousands of aviation readers? Contact us and tell us about your type of flying, the place you live and your life in the sky!
More posts by Blog Author